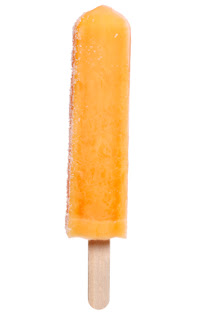 It was on one of the hottest days of the summer that I communicated with Blazey, a 15-year-old dark bay quarter horse with whom I've had the pleasure of conducting remote conversations before.  While we talked, Blazey wandered aimlessly around his paddock in Rhode Island, while I sweltered in front of a fan in my office, an hour away.  Telepathy fueled our connection.

Blazey was chatting amiably about his accommodations, freely sharing his opinions about the quality of his hay, the cleanliness of his water buckets, and the neatness of his stall.  He doesn't hold back his assessments, and though we've never met, I've long been enamored with Blazey's facility at long-distance communication.

Our last session had occurred more than a year ago, when his person, Joan, had asked me to tune into him because he'd been injured.  I didn't know how, when, or why, but those details turned out not to matter, because Blazey promptly let me know that something terrible had happened to his left front foot.  He reeled off what looked like a show-motion movie, in which I could see that he had torn off a shoe while he was running in his paddock, and as a result, his foot was being soaked, and had been wrapped in some type of boot.  He showed me that he'd been confined to his stall, with hand-walking his only exercise.

It turned out that not only had Blazey's shoe been sheared off in the incident, but with it, a weighty chunk of his left front hoof.  His injury was quite serious and it was only through the intervention of a team of expert equine veterinarians that he made a miraculous recovery.  Equally miraculous was the accuracy with which Blazey had conveyed to me the particulars of his accident and his daily aftercare, down to the smallest specific of his rehabilitation regimen.

And so I was a bit puzzled this time, when, as part of our exchange of thoughts and feelings, Blazey showed me what seemed to be a picture of popsicles.  I assumed that perhaps he'd seen barn people taking frosty bites of the colored ices-on-a-stick, but wasn't quite sure why they would have made such an impression on him.

When I shared the popsicle puzzle with Joan, she laughed, confessing that she regularly brings Blazey a special summer treat, in the form of frozen carrots.  Of course!  They look a lot like popsicles, sans the sticks!

My trust in Blazey's telepathic abilities was renewed.  Like so many horses, he's consistently been able to communicate by telegraphing vivid color pictures of the world around him.  We can all learn to "see" what they are saying, simply by closing our eyes.

The Conference on Animals in the Afterlife

After months in the planning, I am pleased to announce the opening of registration for The Conference on Animals in the Afterlife, which will be held at the Holiday Inn in Boxborough, MA on Sunday, November 3, 2013.

I've grown increasingly interested in exploring this topic since I read Kim Sheridan's ground-breaking book, Animals and the Afterlife several years ago.  It's with immense pleasure that I can tell you that Kim has agreed to appear at the Conference as its keynote speaker.  In a gentle and fully believable way, Kim tells reassuring stories of spirit animals who have been seen, heard, and felt, by people who wondered if they could possibly be real.  They were.

My own work with animals in spirit has amazed me and brought comfort to my grieving clients.  Again and again, these animals have been able to convey cherished memories, show me graphic images of treasured times with their people, and relate specific details that could not have been fabricated.  I will be sharing some of their stories during my conference presentation.

The other featured speakers include Jeff Belanger, the intrepid paranormal investigator, who will describe ghostly apparitions by paranormal pets, and CLN Radio's Alexis Brooks, who will expand on her compelling article about the phenomenon of animal reincarnation that was published in last December's Conscious Life News.  Alexis will discuss her own experience with the reincarnation of her beloved cat, "Paws," who reappeared in her life in the body of her new cat, "Clover."

The gifted psychic medium, Joanne Gerber, will mingle with conference attendees and the spirits of their departed loved ones--including, we hope, their animals--in a dramatic finale to what promises to be a thoroughly amazing day.  I wrote about one of Joanne's gallery events in a previous post that chronicled her uncanny accuracy to bring forth not only the friends and relatives of those present, but their deceased animal companions.

Whether you come as a skeptic or as a believer, you'll leave this event knowing that these afterlife connections are possible for you and the animals who have meant so much to you, no matter how many months or years it's been since you said good-bye.

More information about The Conference on Animals in the Afterlife, including the agenda and registration forms, is available here.

I hope you'll join us.

Posted by Maureen at 2:11 PM No comments: