You may think that Canada is a civilized country.

But it’s very difficult to comprehend how a civilized country could countenance, and even support, the killing of hundreds of thousands of baby harp seals each year at this time, on the ice floes on the Gulf of St. Lawrence, by members of the fishing industry. Yet that is what has been happening for years, and it’s scheduled to happen again, as early as next week. The defenseless seal pups are mercilessly clubbed to death for their skins, which, in some cases, are removed even before these youngsters take their last breaths. It’s unconscionable. It’s unimaginable. It’s barbaric. It is the world’s largest slaughter of marine mammals, with more than one million young seals killed during the last three years alone.

You can do something about it. But you must act now.

What can you do? You can sign the Humane Society of the Unites States-sponsored pledge not to buy Canadian seafood products such as snow crab, cod, scallops, and shrimp until Canada ends its commercial seal hunt for good.

I will be doing more than just boycotting Canadian seafood. I will not set food on Canadian soil as long as the seal hunt continues.
Posted by Maureen at 7:30 PM No comments:

It has just been reported that aminopterin, an ingredient found in rat poison, has been identified in the recalled pet foods manufactured by Menu Foods a week ago.

Illegal for use in the United States, this toxic substance is believed to have contaminated wheat or wheat gluten products that were imported from China.

Pet food is regulated by the U.S. Food and Drug Administration (FDA), which is now conducting an investigation into the extent and cause of the problems traced to products originating from the Menu Foods manufacturing plants in the U.S. and Canada. Complaints can be submitted to your State FDA Consumer Complaint Representative.
Posted by Maureen at 1:46 PM No comments:

Almost 50 private and commercial label brands of canned and "cuts and gravy"wet-style packaged dog food and 40 brands of similarly packaged cat food are being recalled by their manufacturer, the Toronto-based Menu Foods, which announced the $40 million "precautionary" recall on March 16, 2007.

The massive recall was prompted by several reports of cats and dogs falling suddenly ill, and in some cases, dying of renal failure, after ingesting foods that were traced to those manufactured at one of the Menu Foods plants in the U.S. from December, 2006 through early March, 2007. The company had purportedly changed its wheat gluten supplier during this period.

You may never have heard of Menu Foods, but you are undoubtedly familiar with the companies for which they provide dog and cat food ingredients, including Cadillac, Eukanuba, Iams, Nutro, Nutro Natural Choice, and Science Diet (Savory Cuts).

According to the Hill's Pet Nutrition (makers of Science Diet) website, "Hill’s has received no reported cases of illness. Consumers of other pet food brands manufactured by Menu Foods have reported a small number of cases of cats becoming ill with loss of appetite, vomiting, and lethargy which are potential signs of kidney failure."

P&G Pet Care, the parent company of Iams and Eukanuba, admitted that it had received reports of "a small number" of cats in the U.S. becoming sick and developing symptoms of kidney failure. According to its press release on the recall, P&G Pet Care has not yet received any reports of dogs becoming sick after having ingested any of its affected products.

Wheat gluten, the presumed culprit of the health problems that resulted in this recall, is a controversial ingredient in pet food, among some holistic veterinarians and nutritionists. It is a cheap source of protein, but it has also been linked to feline diabetes and is known to cause allergic reactions in both animals and people.
Posted by Maureen at 9:16 AM No comments: 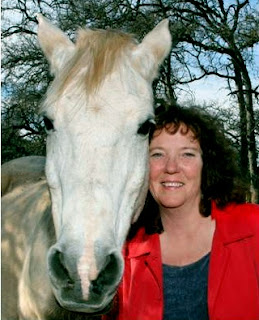 Noted Northern California Animal Communicator Marta Williams, author of Learning Their Language, will make a rare East Coast appearance in New England at the end of March, to teach a series of workshops on intuitive animal communication.

If you spend a lot of time with horses (or want to!), you'll be interested in Talking With Horses, a hands-on workshop that will be conducted at a private barn in Pelham, NH on Monday, March 26th, from 10-6.

Working with horses at this stable, you'll have the opportunity to participate in simple verifiable exercises, engage in intuitive "conversations" and learn to trust the information you receive.